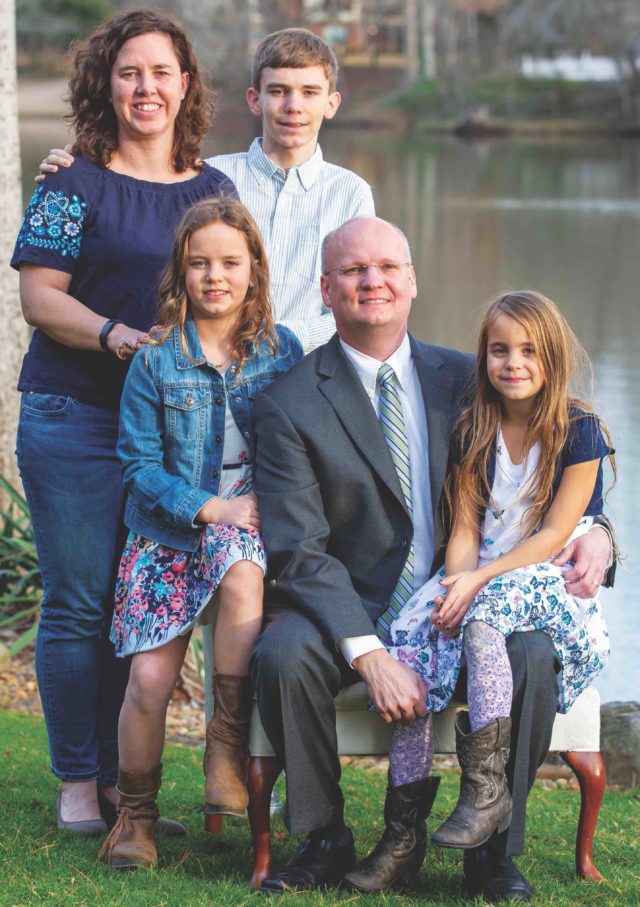 Lithia Springs, GA - August 24, 2020 – Forrest Marbutt -  It was just the other day when FSI was being recognized as a Cobb Chamber Top 25 Small Business, and in our acceptance video we were asking for those in attendance to vote the following day for FSI co-owner, Jason Marbutt, in the Cobb County runoff election for Superior Court Judge.  Well, you must have listened, because Jason pulled out the win and won the election. Okay, he did a little better than just pull out a win.  He won with 55.8% of the vote.

It’s been a long and unique experience.  The original election was meant to be in May, but due to the pandemic, it was put off until June.  He was the lead vote getter in that election with the top 2 candidates moving on to a runoff election in August.

For the last year or so, it’s been an unending train of speeches, events, town hall meetings (live and virtual), mailings, phone calls, sign waving, fundraising, etc. etc. etc.  And all of this during a worldwide pandemic.  Shaking hands and kissing babies had to definitely be put off for this election. If it wasn’t the Cobb awards plug that gave him the win, then it had to be the family and friends sign waving. 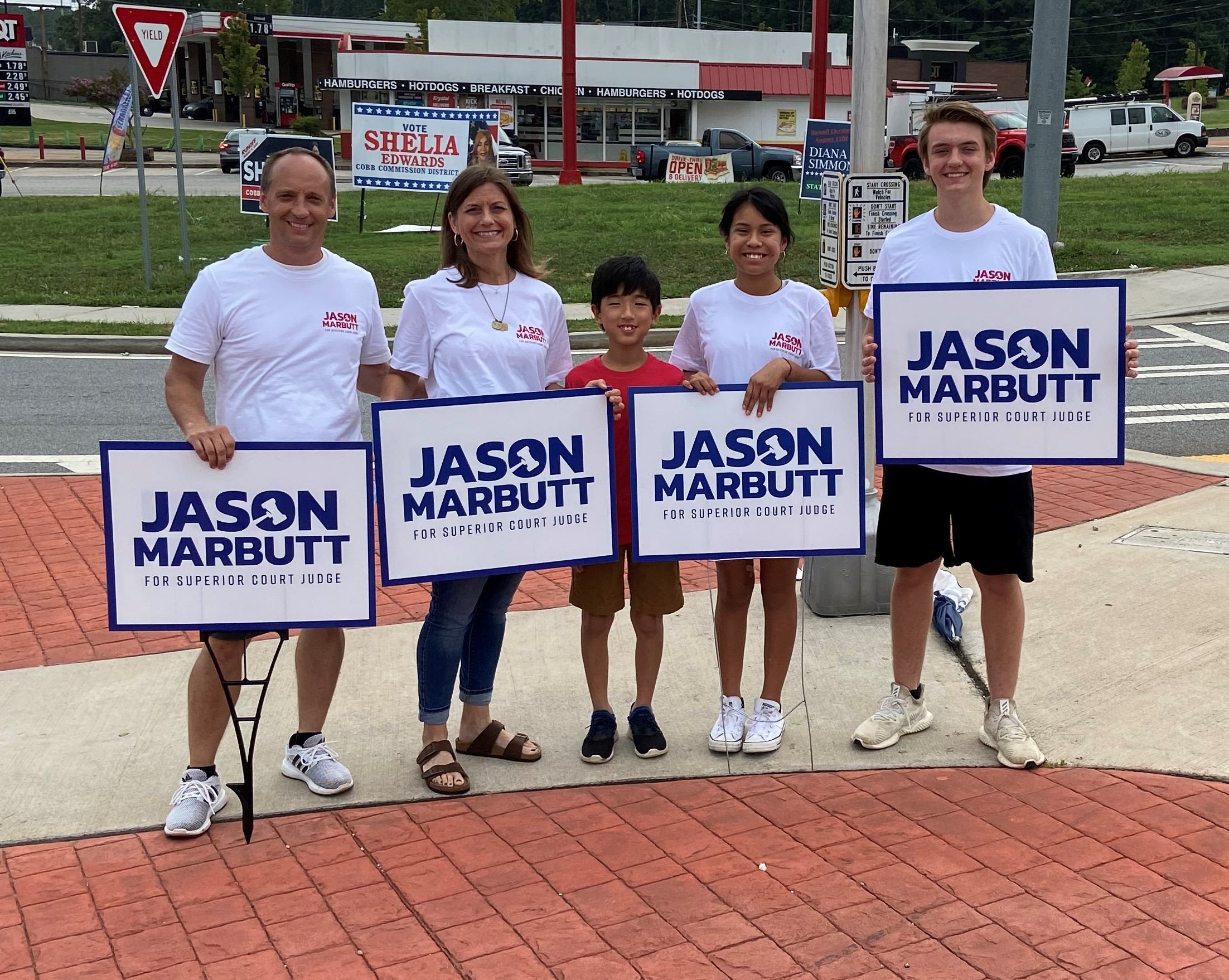 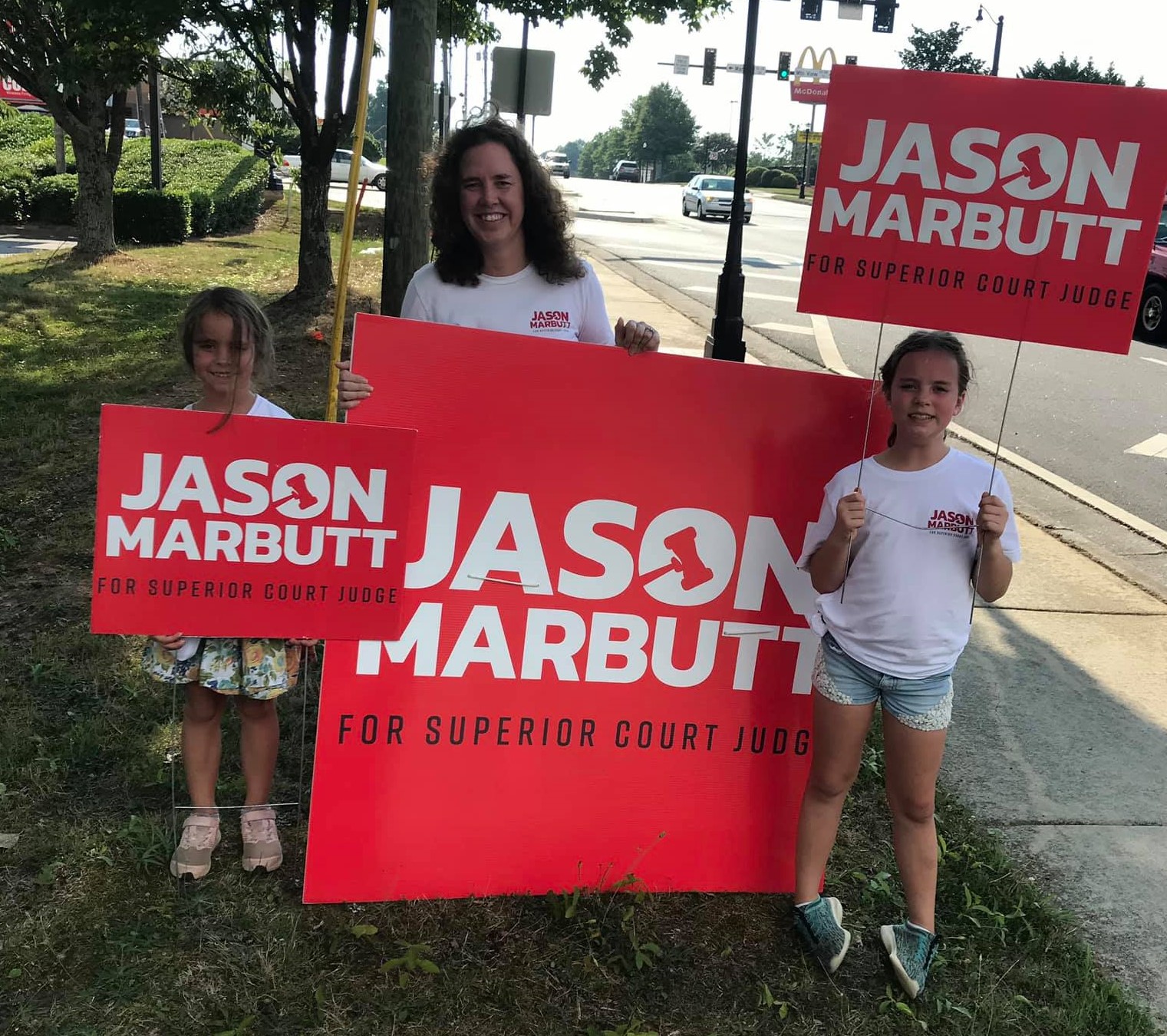 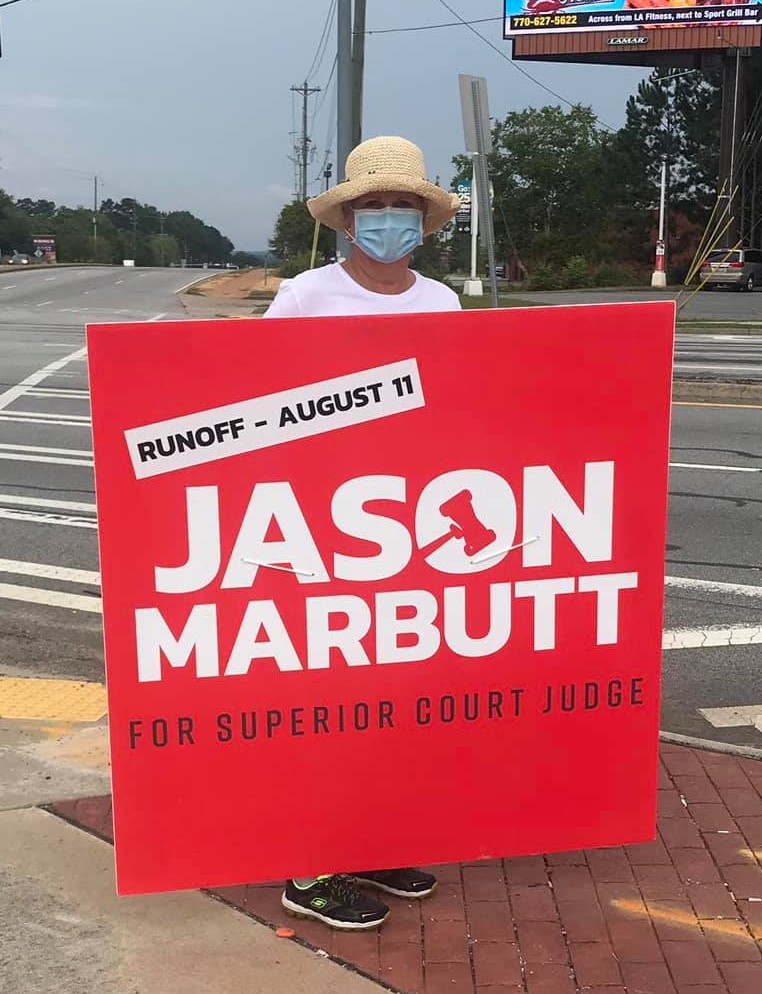 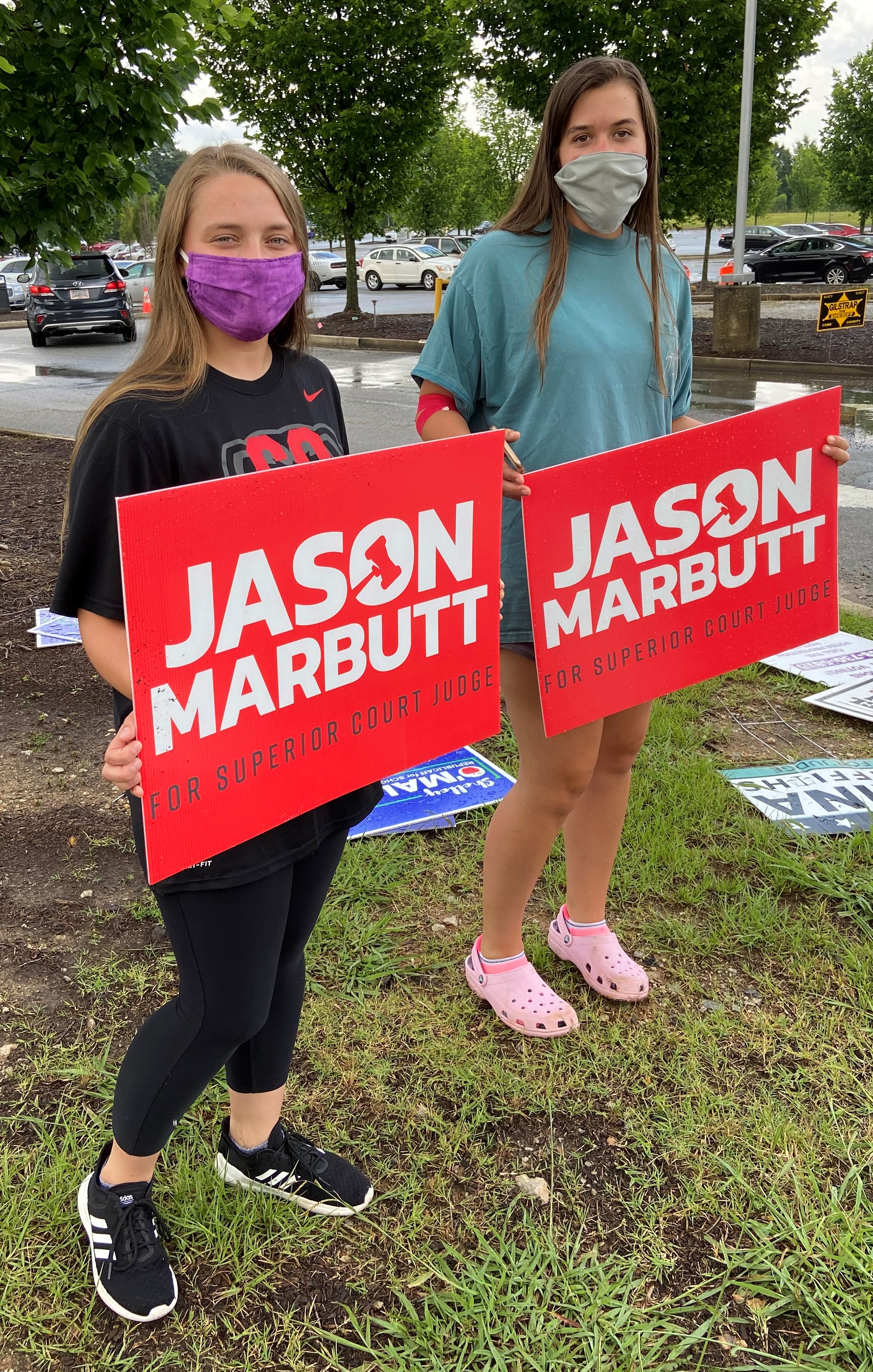 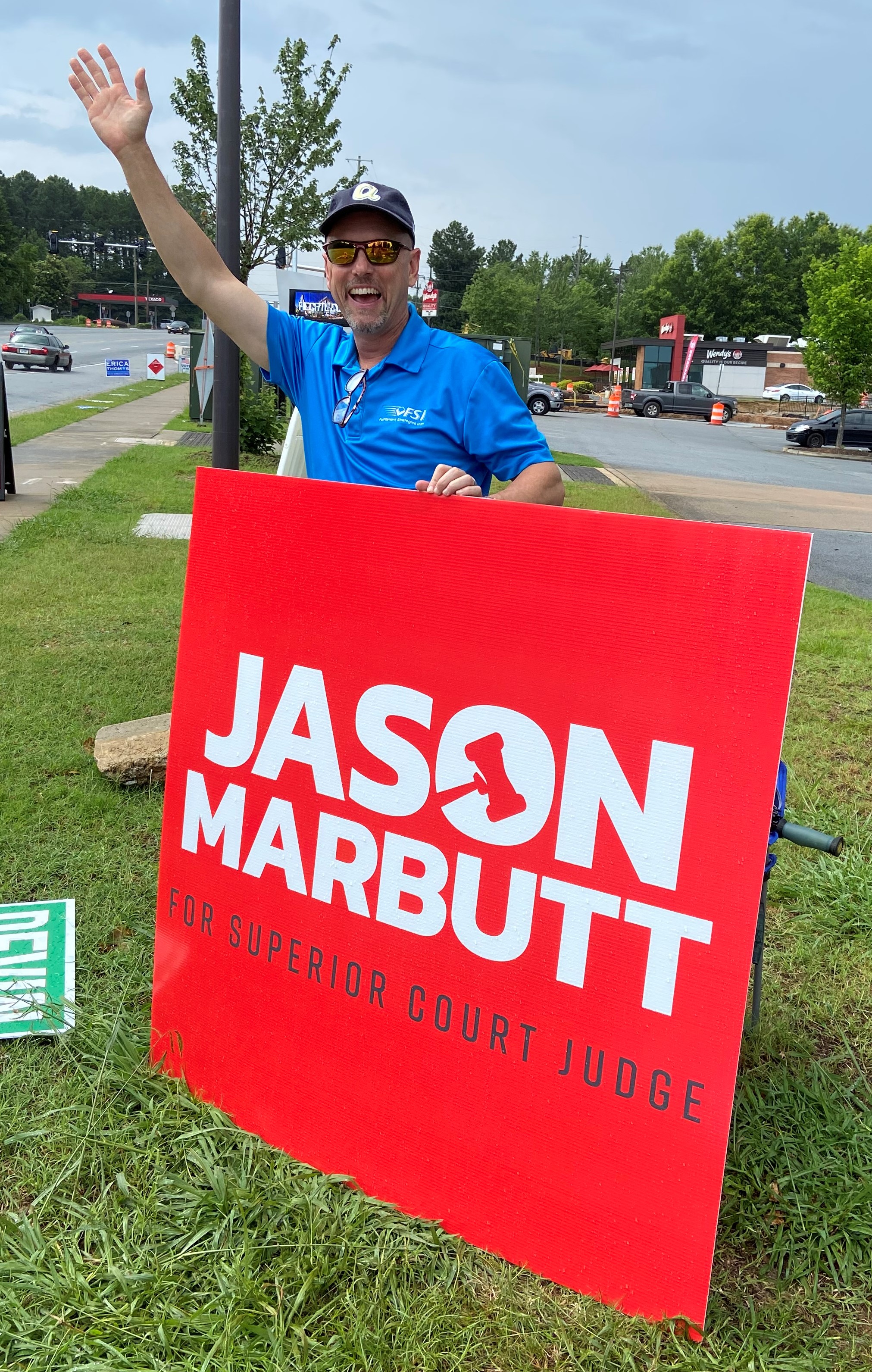 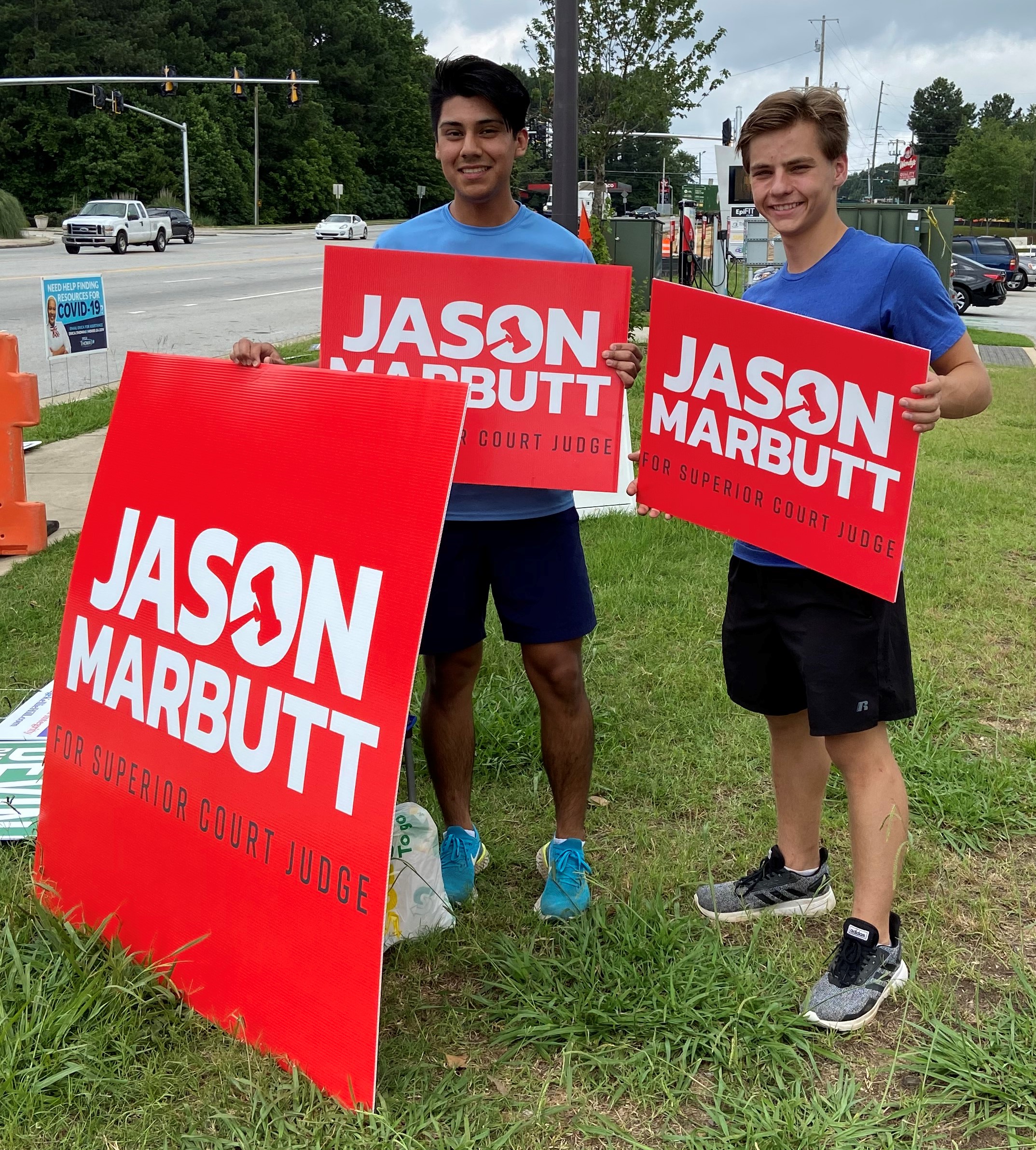 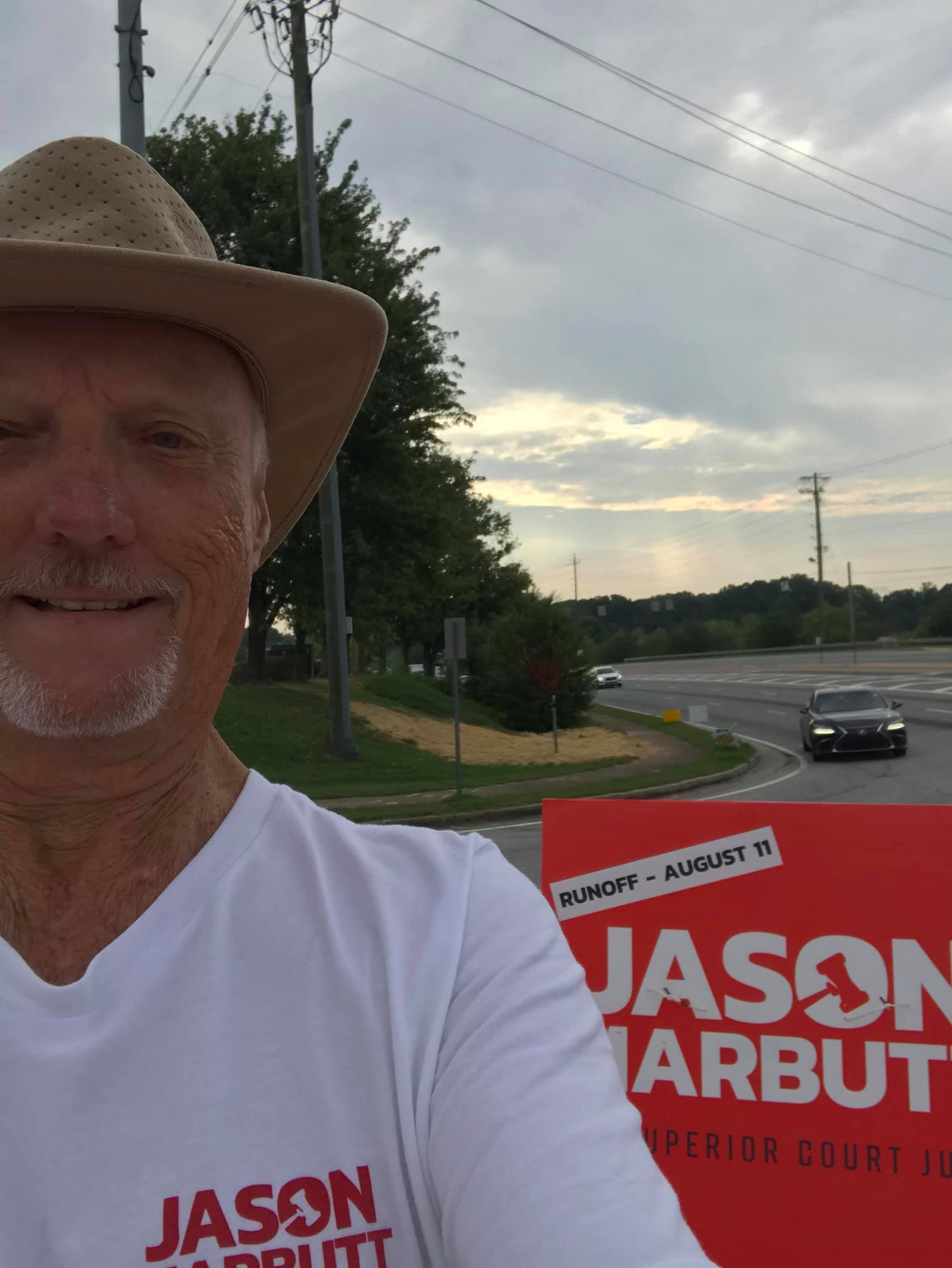 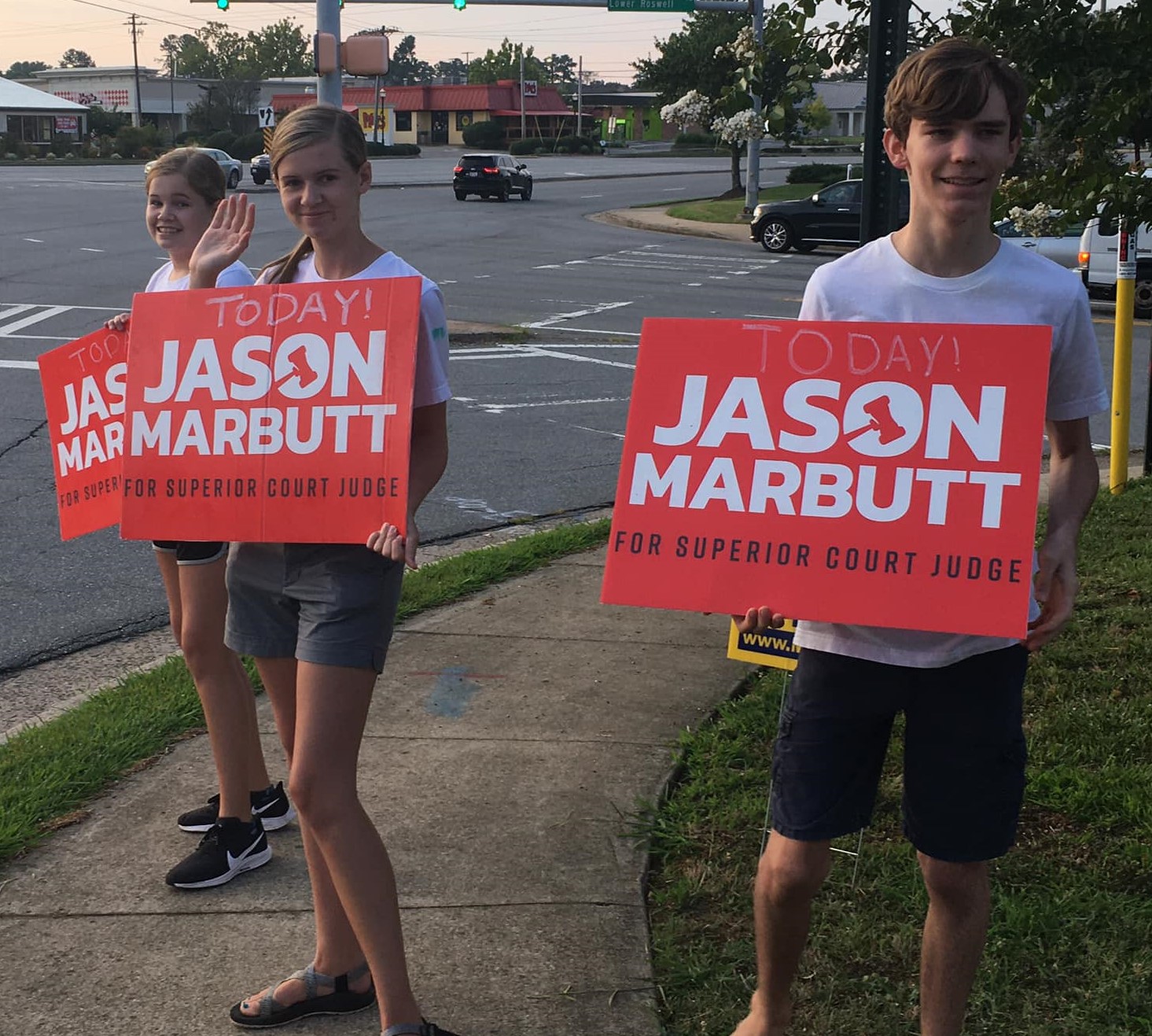 Actually, the more I think about it, it had to be those awesome wooden framed signs someone made for him.  Those are the best campaigns signs I’ve ever seen if I do say so myself.  If only there was a good place to store them until the next election. 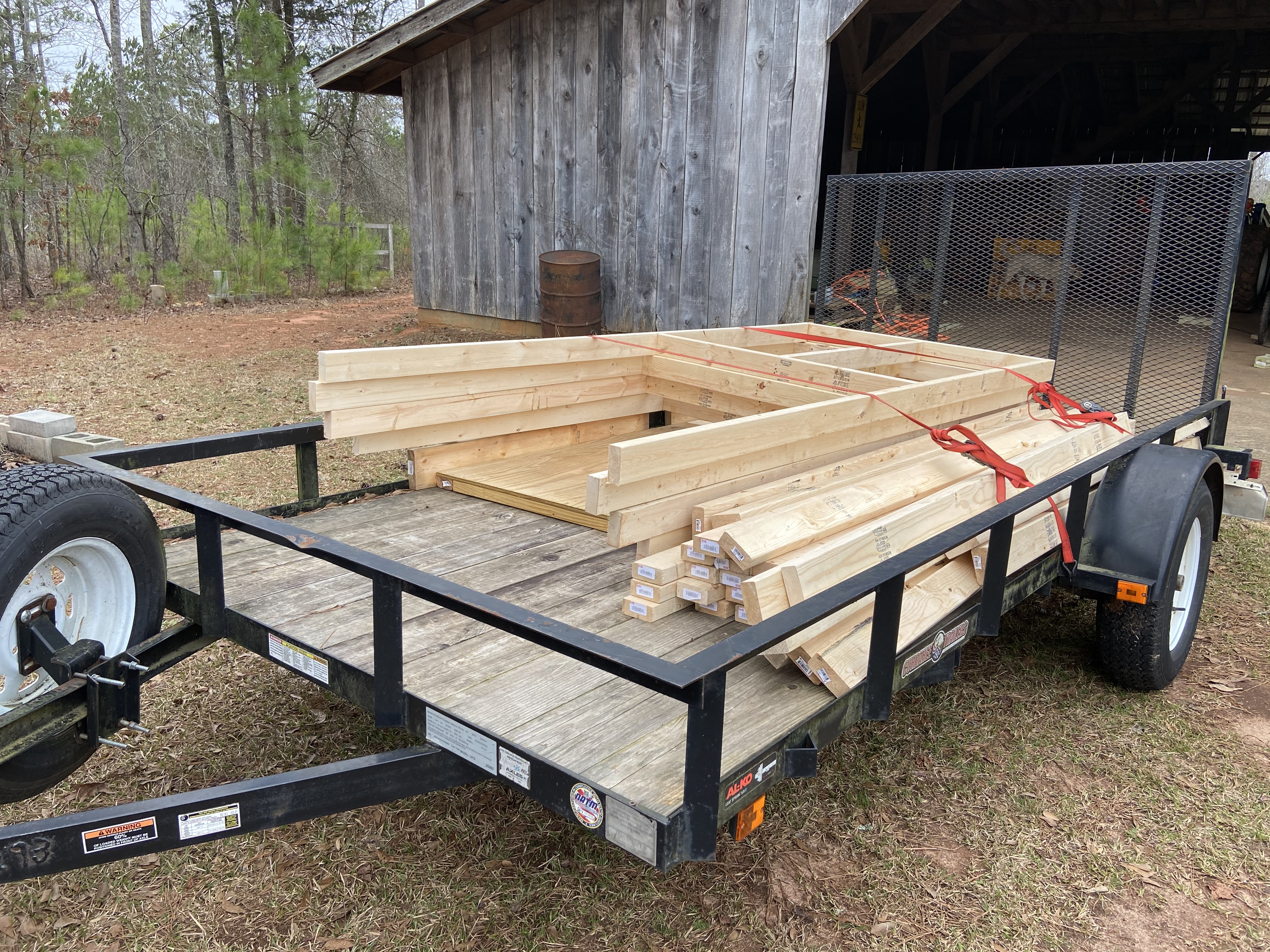 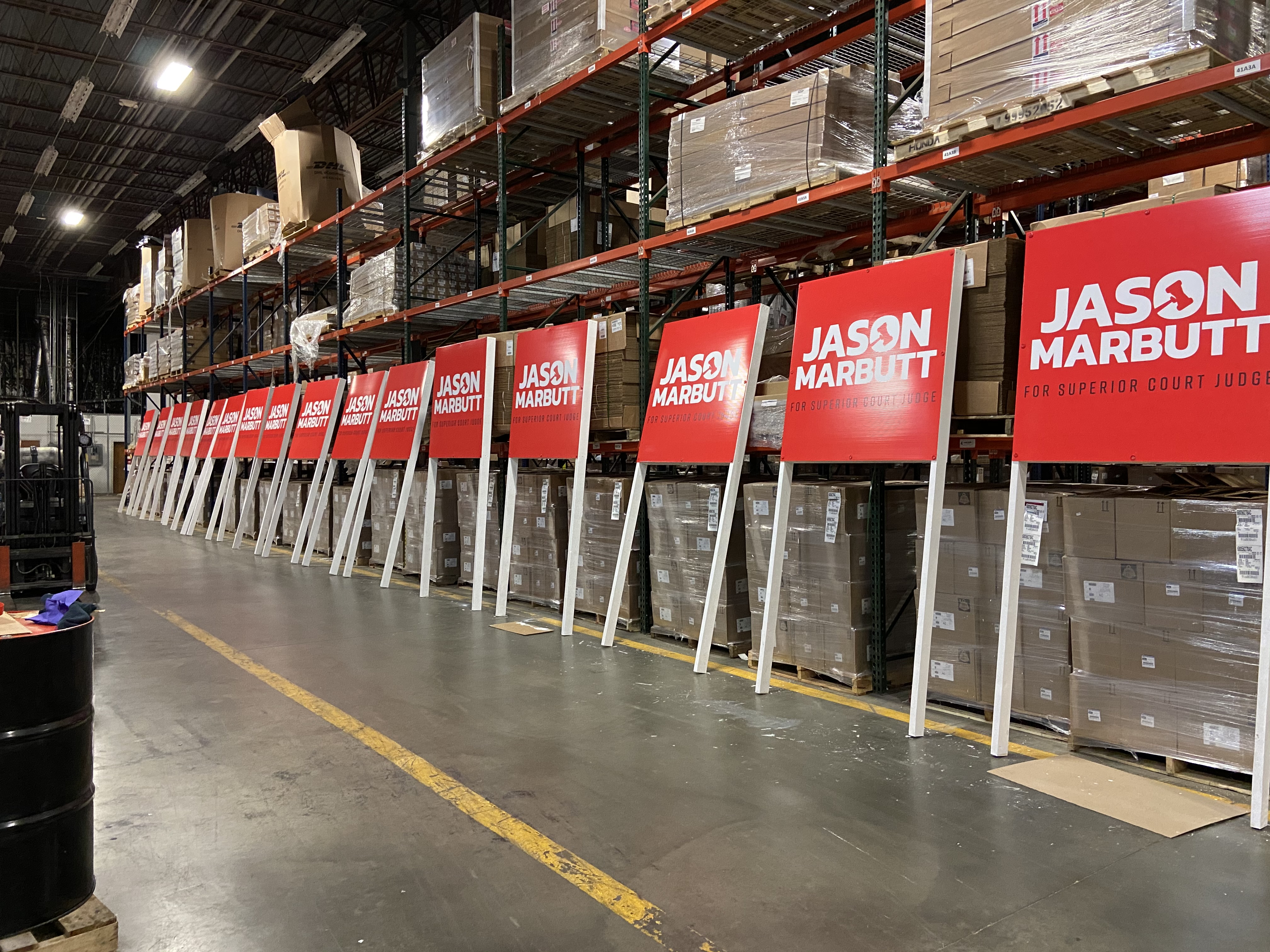 FSI Founder and President (aka dad), Ken Marbutt, says “I couldn’t be more proud of Jason. He’s always had a public servant’s heart and a has always been a champion of equality.  We look forward to seeing him put that to use in his new role.  We knew he was the right man for the job and we’re glad to see the citizens of Cobb County saw the same in him that we’ve always known.”

It was a busy week for Jason.  Just a few days after the election, he was also awarded the Pat Head Dignity Award from LiveSAFE resources.  This award is given each year to someone in law enforcement, victim services, the community or a legislator who exemplifies the standard of “Doing the Right Thing” when it comes to serving victims of domestic violence, sexual assault and elder abuse.  This year’s award was presented in a surprise visit to his house.  Check him out getting the surprise visit here (https://www.facebook.com/liveSAFEResources/). 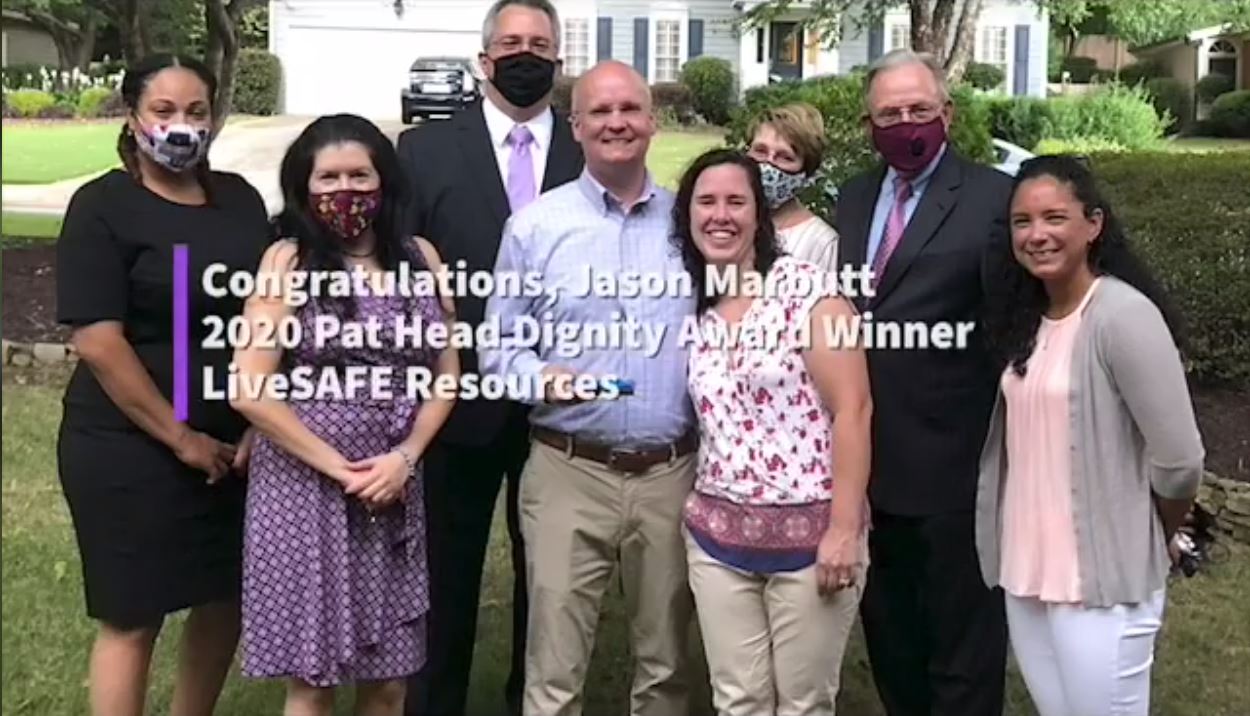 I personally am very glad he won the election and all the other recognition he receives.  Now maybe little brother can become the favorite for a while, because I am worn out having that crown for so long.  It is really hard maintaining the titles of both best looking and the favorite child year after year after year.  You can take over as the favorite for a while.  Good luck with the new titles (Favorite and Superior Court Judge), your honor.  I know you’ll do well!

Fulfillment Strategies International (FSI) focuses on helping companies, from entrepreneurs to Fortune 500 corporations, get their products to the individual consumers, retail locations, or team members by specializing in inventory management, order fulfillment, subscription box management, and kitting for e-Commerce.  FSI can be reached at 678-391-5980 or email info@fsi3pl.com.

Design and Hosting by Speartek